This may actually be the best show I see this year. I saw Yonatan Gat open for Of Montreal earlier this year, and he completely blew me away, so I figured it was worth seeing him headline. I wasn't disappointed.

First, the openers. Sunwatchers was a great, drone-y jazz/punk band. This kind of stuff usually fails to land with me, but they had me entranced during their set. Their first album is worth a listen, particularly the first track, which is a new fav.

As for Innove Gnawa Band, well, this video will explain what they're about better than I can. I didn't bother to look up any of the openers before going, so they were a surprising discovery, to say the least. I wish more concerts had openers that introduced me to entirely new genres of music, let alone entirely different cultures. They were absolutely wonderful to watch.

And, well, Yonatan Gat, wow. As when they opened for Of Montreal, he and his band performed in the center of the pit. I ended up a few rows back, in a spot just well-positioned enough that I could get glimpses of them between the rest of the audience, which is an oddly appropriate way to experience his music. His set was an unrelenting hour of jamming, the highlight being the last few songs, when Innove Gnawa Band performed backup percussion and vocals (standing directly in front of me, I should add, as can be seen in the video I took). It's rare that you get to feel that close to someone's performance. 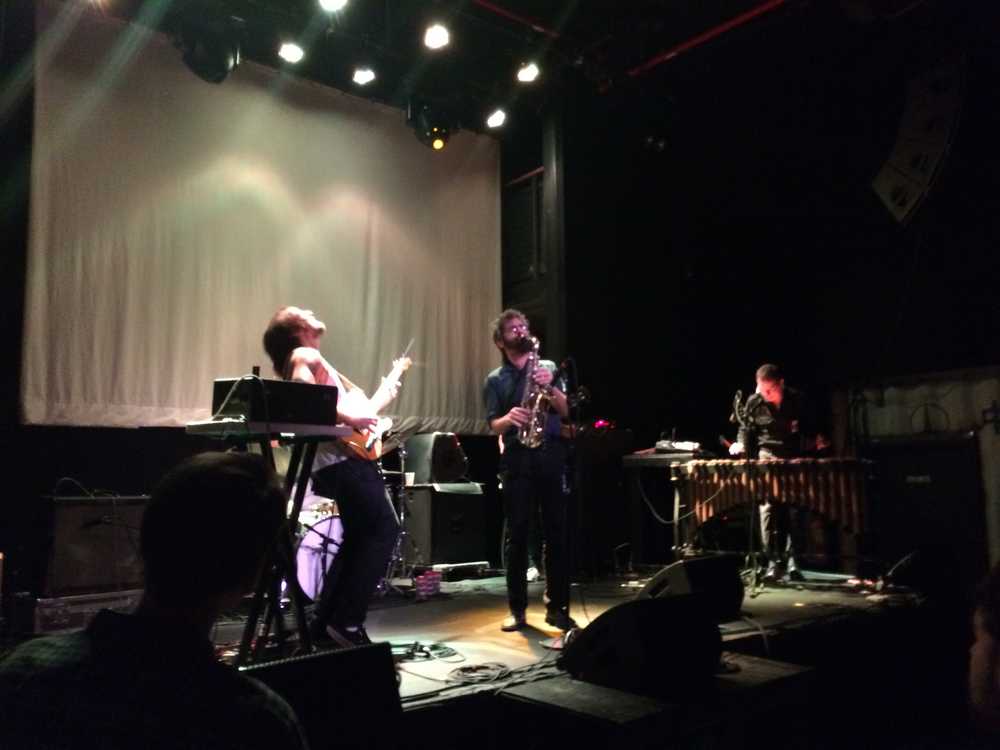 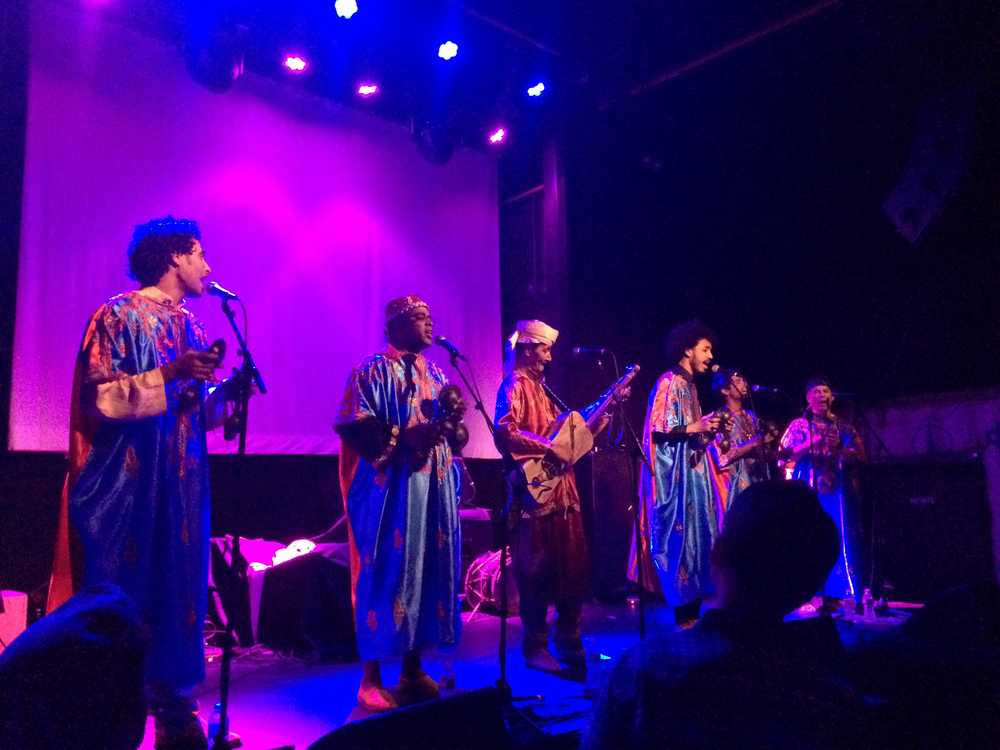