Beyond Wrestling Spirit of '76

Having impulsively booked a trip to Philadelphia for TakeOver, I set out to fill the weekend with all sorts of touristy activities. I had big plans for Saturday, visiting the Rocky steps (and going to the attached museum, which, really, was there before Rocky, and probably feels weird about the whole thing), going to a famous-ish cheesesteak place, etc, etc.

Of course, after making the list, I saw a tweet from Beyond Wrestling saying they had a handful of tickets for a secret show at the Wrestle Factory left, and, well, of course I grabbed one. I'd wanted to see Beyond ever since my friend Durk started hyping up the promotion, not to mention the excellent FloSlam and Powerbomb streams they'd run.

As soon as I got off the Megabus, got lunch in me, and dropped my stuff off at my hostel, I grabbed a Lyft to go way up to the Wrestle Factory. Technically, Chikara's training school/show venue/converted auto garage is accessible by public transit, but it would have been an hour and a half and a couple bus transfers, and I figured I'd just take the hit. Lyft prices were the main thing that caused me to come over budget on my trip (well, that and the food prices at Wells Fargo Center), but it ended up being worth it for this show.

Because the show sold out of its initial run of tickets without an announced card, Beyond decided to run it as a secret show. The ticket I got was $32 for a GA ticket, which was a bit pricier than I'd expected - EVOLVE charges $25 for GA in NYC - but, in fairness, they had a lot of talent on this three hour show, and I wound up with an awesome fourth row seat, just in front of the hard cam for the Powerbomb stream.

This was Beyond's first show in Philly, and it seemed like a lot of the rest of the audience had, like me, decided to go to this as a bonus show, and weren't super familiar with Beyond outside of their biggest indie stars. This led to the vibe of the show being very quiet, as no one was really too for or against anyone - outside of a few outstanding heels, who I'll note below - but also very respectful, as most of the matches were worked well enough to keep everyone's attention. While there may not have been many dueling chants or huge pops, every dramatic kickout and rope break got a big applause, as well as almost every finish.

The show opened with the biggest surprise of the night, and what ended up being my favorite match. Powerbomb.tv Independent Champion Jonathan Gresham came out with Stokely Hathaway and Maxwell Jacob Friedman. Stokely's always an absolute joy and was on fire as the best manager in the business, while MJF went from "dude I'd never heard of" to "the most over heel of the show." Maybe the biggest pop of the whole show was when his opponent came out, though - Chikara promoter and head trainer Mike Quackenbush!

Now, I pretty much missed the era of indie wrestling when Chikara was relevant, but I still respected this as what's now a rare opportunity to see Quack wrestle. And he was a blast, working what I can only descibe as "comedy-twinged rest hold spots" for most of the match. There was a lot of fantastic banter between the four people in and around the ring, particularly a great spot where Gresh tried to get Quack to teach him one of Quack's nonsensical-even-by-wrestling-standards hold escapes. The crowd quickly got behind Quack and, particularly, against MJF, who spent most of the match arguing that he wasn't the second (or, as the crowd chanted, "deuce") in Stokely's Dream Team.

Next was a six-man scramble that was pretty good, with a Josh Briggs and MJF rivalry being the most interesting bit. There was a great chain dive segment capped with one of the wildest spots I've ever seen live, with Josh Briggs going over the ringpost to the outside. That dude is too big to do shit like that.

Afterwards, John Silver defeated LuFisto in a brutal match that was, uh, a hell of a lot better than the other two intergender matches later on the card. Silver was a fantastic heel, and this match was perfectly executed as "face woman vs heel man" - there was never anything sexist in Silver's otherwise-horrifying heel offense and persona.

A six man tag was next. The Amnityville Project - a heel stable I could not care less about, though, I'll concede Dan Barry is good on the mic - came out first. The face team was Kyle The Beast, who I like but seemed to have zero recognition from the Philly crowd, Brian fucking Cage, who got one of the biggest pops of the night, and Bill Carr, one of the most beloved big dudes in indie wrestling. It was a solid if unmemorable match, but the angle after was hilarious. Chris Dickinson came out for his match, but had to stall for time, so he took a seat in the ring, and asked Cage to do some poses. He ended up copying the famous Vince bodybuilder GIF almost exactly, with Bill Carr doing the final pose to send Chris tumbling backwards.

When Chris's opponent finally came out, it was none other than Joey Janela! While I was expecting a plunder brawl, this was actually the most technical match I'd seen Chris work in a while (between his gross brawls with The End and EYFBO). Penelope Ford accompanied Joey, and, well, got a ton of offense in against Chris, which... was mostly handled okay? Chris definitely did some ogling-Penelope spots early in the match that felt gross, but paid off when Penelope attacked him pretty brutally later on. Also, considering I'd recently been thinking that I hadn't seen a dumb indie piledriver spot in a while, it was kind of great seeing Penelope get up 45 seconds after a piledriver from Dickinson. Joey got the win after a lot of heel shenangians, but got a face pop for it and ended the match with a big hug. I was also reminded (and apparently the commentary mentioned) that Dickinson and Janela are going to have a match at the Temper Trap next month, which I'm sure will be the dumb as hell brawl I had expected.

5 matches in with 5 to go, the heat of the unventilated Wrestle Factory was starting to get to us, which is part of the reason we were a little dead for Martin Stone vs Flip Gordon. Flip Gordon is frustrating, because he's a fantastic wrestler, a great heel, and also has irredeemably shitty personal opinions. It's nice to be able to boo him, I guess, but I also feel weird booing a heel "for real," y'know?

This match was a fun reversal of the usual flippy face vs grounded heel shtick, as Stone works an absolutely brutal style. The funniest part of the match was the crowd booing Flip every time he did a flip, or threatened to, whether it was from a hold reversal or a top rope move.

I knew Orange Cassidy would be here, since I saw him at the merch table, but I didn't expect him to be with his friend Swamp Thing, nor did I expect him to work a hilarious match against Swoggle. Swoggle played the part of confused professional, unclear why his opponent is moving at 10% speed, while Cassidy, uh, did Orange Cassidy things. Swamp Thing turned out to be Chuck Taylor. It was a great match.

It was followed by LAX versus Wheeler Yuta and Tracy Williams, which was great. I continue to enjoy Tracy so much more in tags than I ever do in his singles matches in EVOLVE, and LAX were just on fire in the best way. Afterwards was the biggest dud of the night in AR Fox versus Tessa Blanchard. Fox, minus his crew, minus his valet, and minus his dives, was an exceedingly boring heel, and while Tessa had good babyface fire, she didn't really have any spots pop the crowd when it came time for her comebacks.

The main event of this long show was Matt Riddle vs David Starr, which was exactly what I'd hoped for. I love David Starr, but I'd only seen him live once before, as a surprise replacement in EVOLVE when Darby Allin got injured, and there he just quickly jobbed out to Keith Lee. Here, Riddle and Starr had a long match that, while not necessarily a classic, was definitely the best match on the show, and one that sent everyone home happy. I enjoy Starr's recent deathmatch work in Beyond, but it was nice seeing him work a regular match against Riddle. 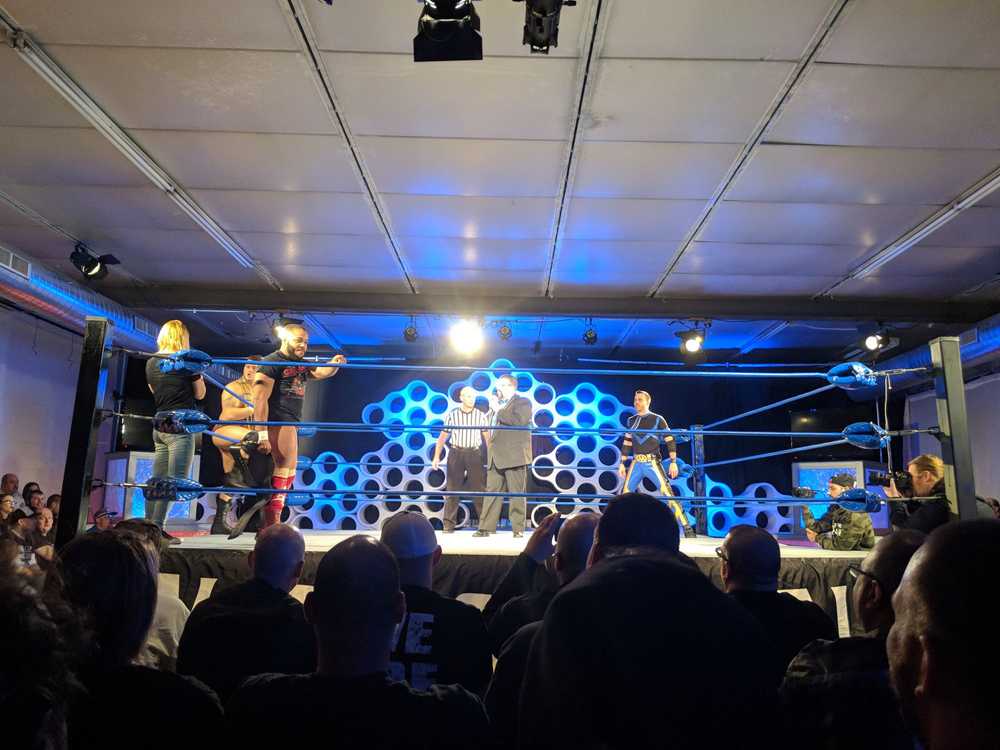 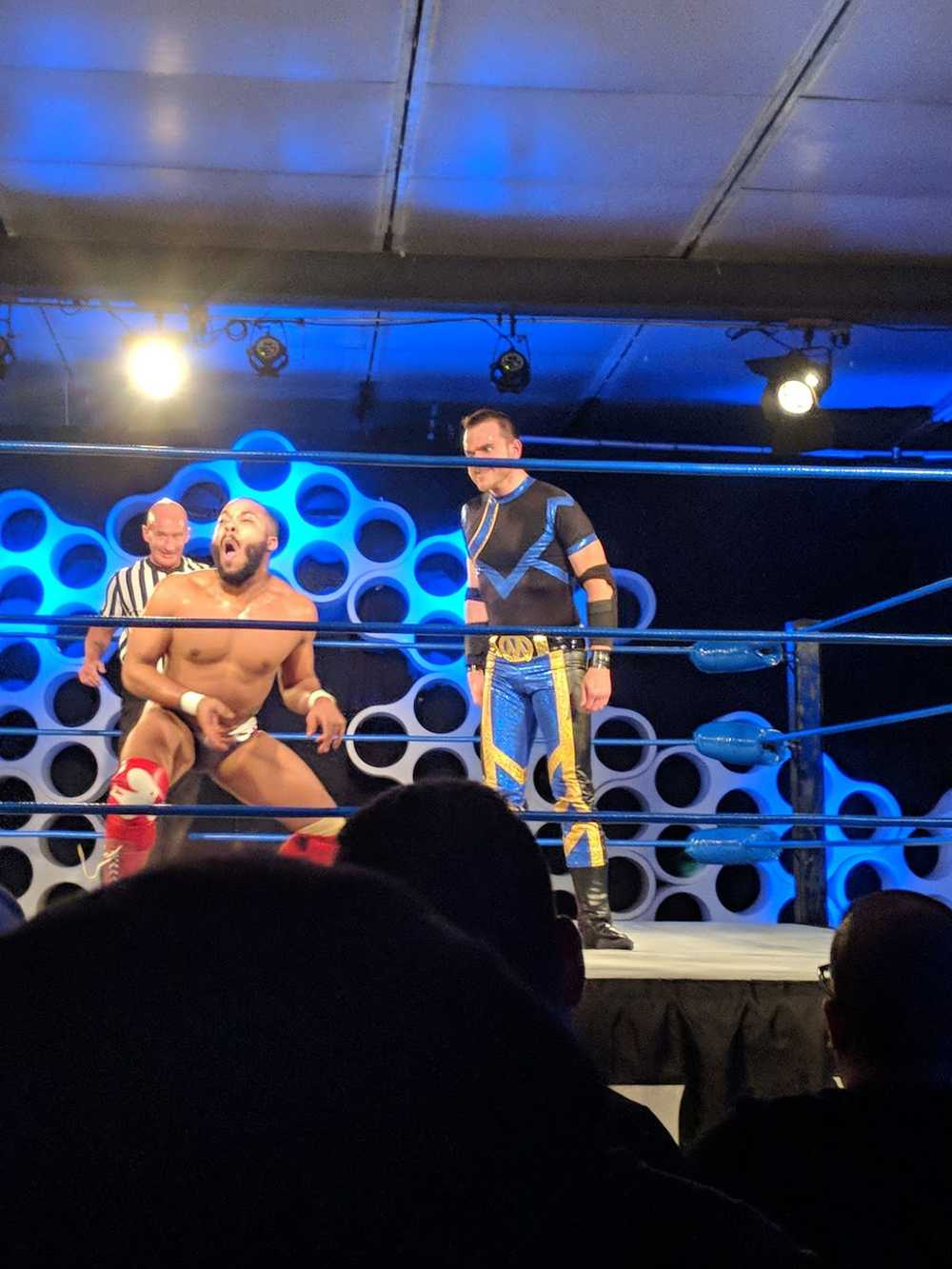 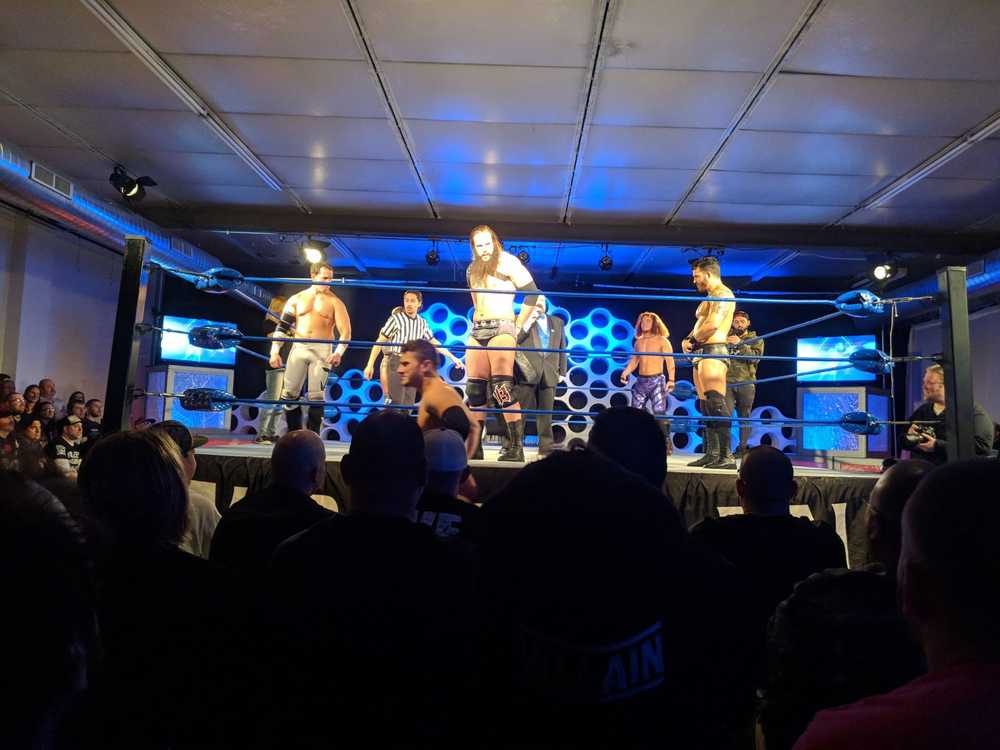 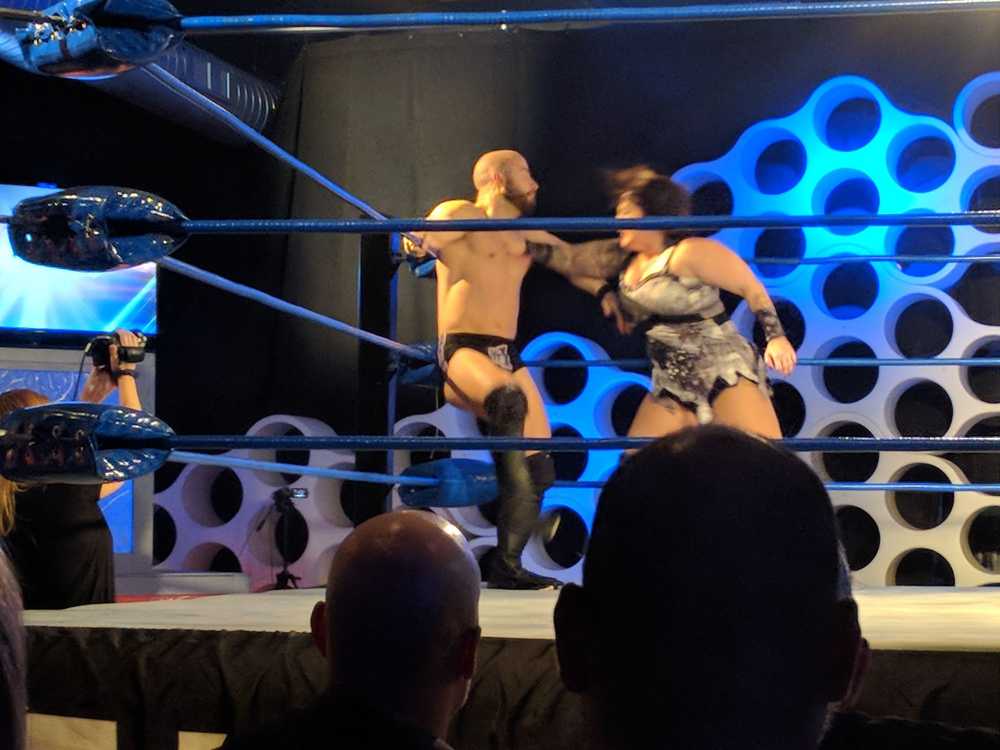 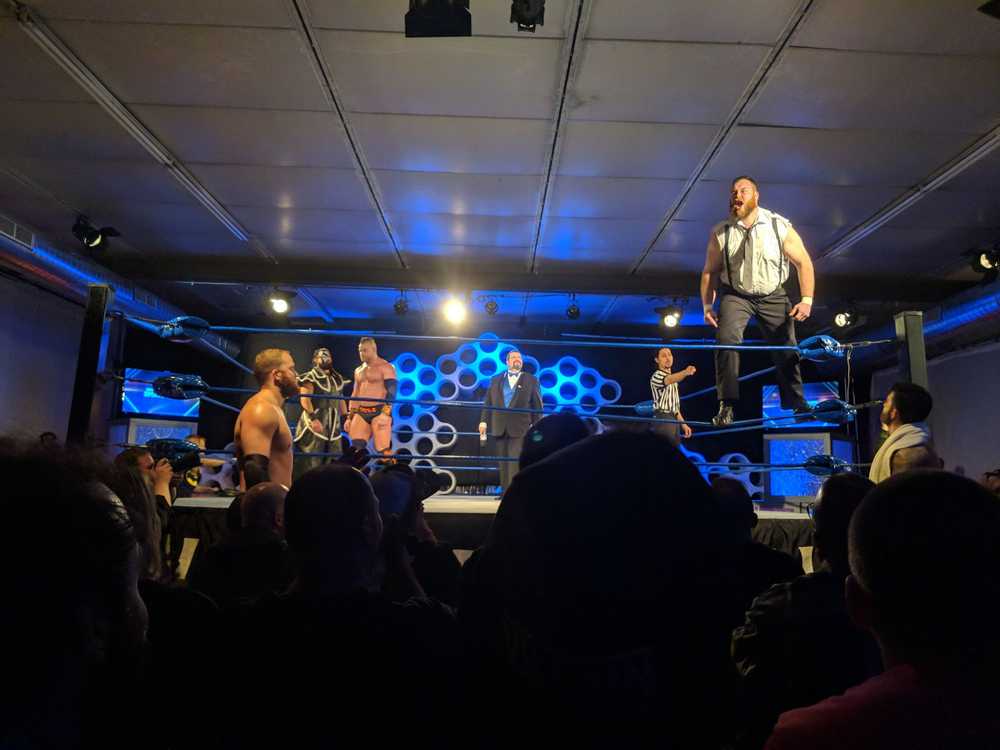 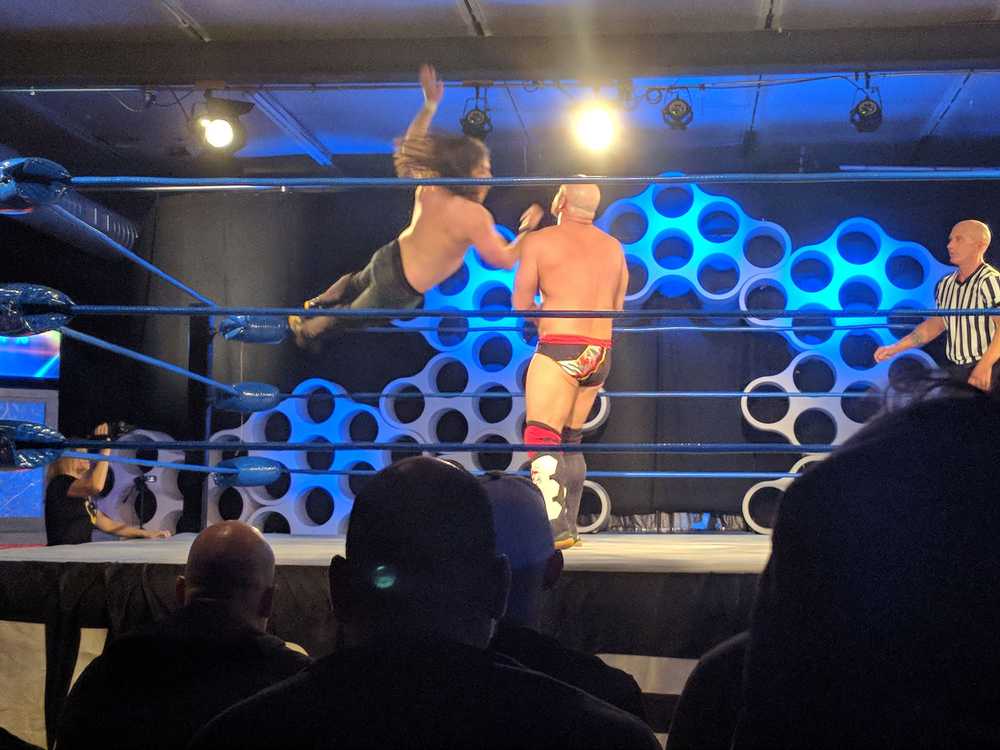 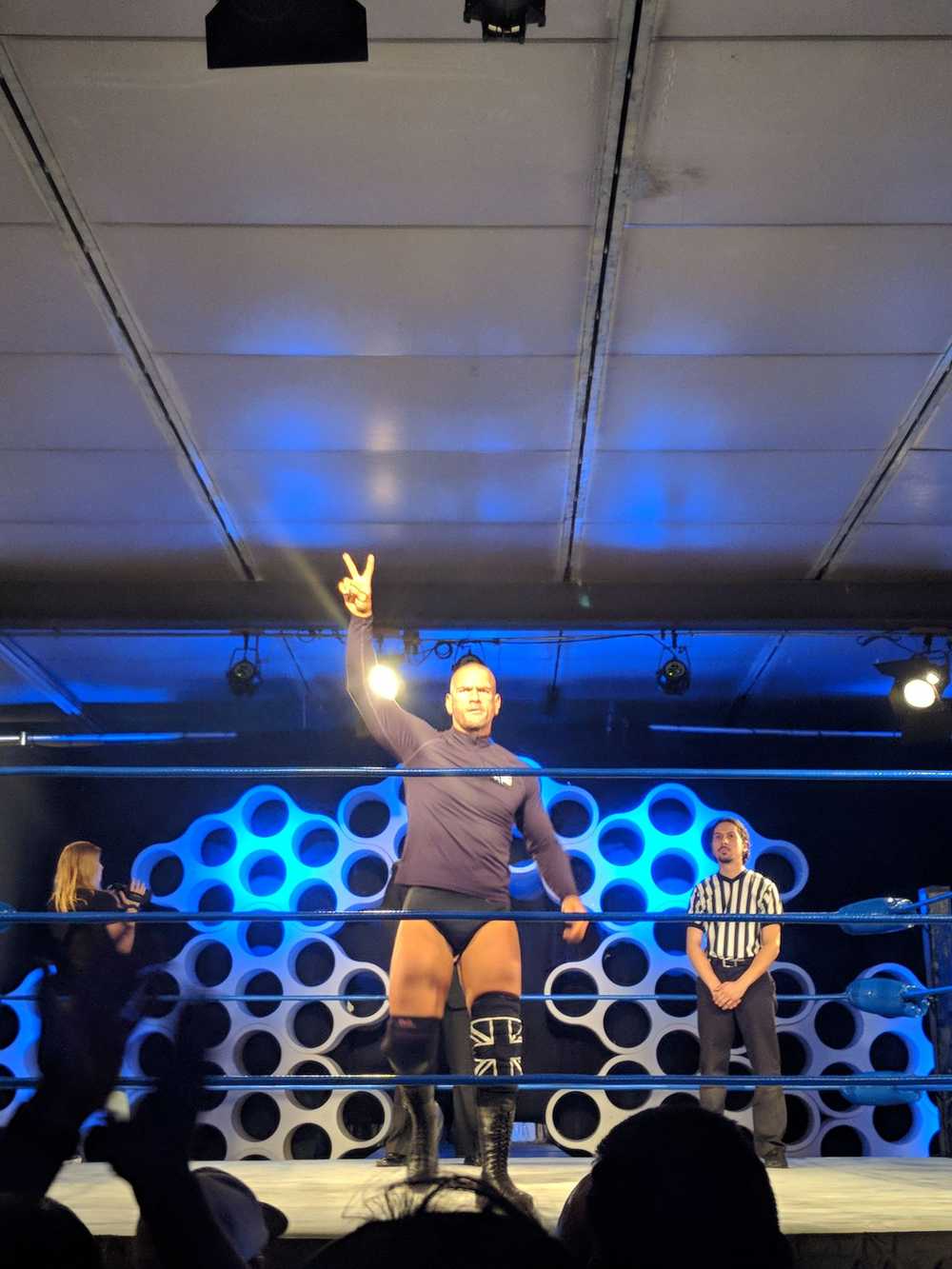 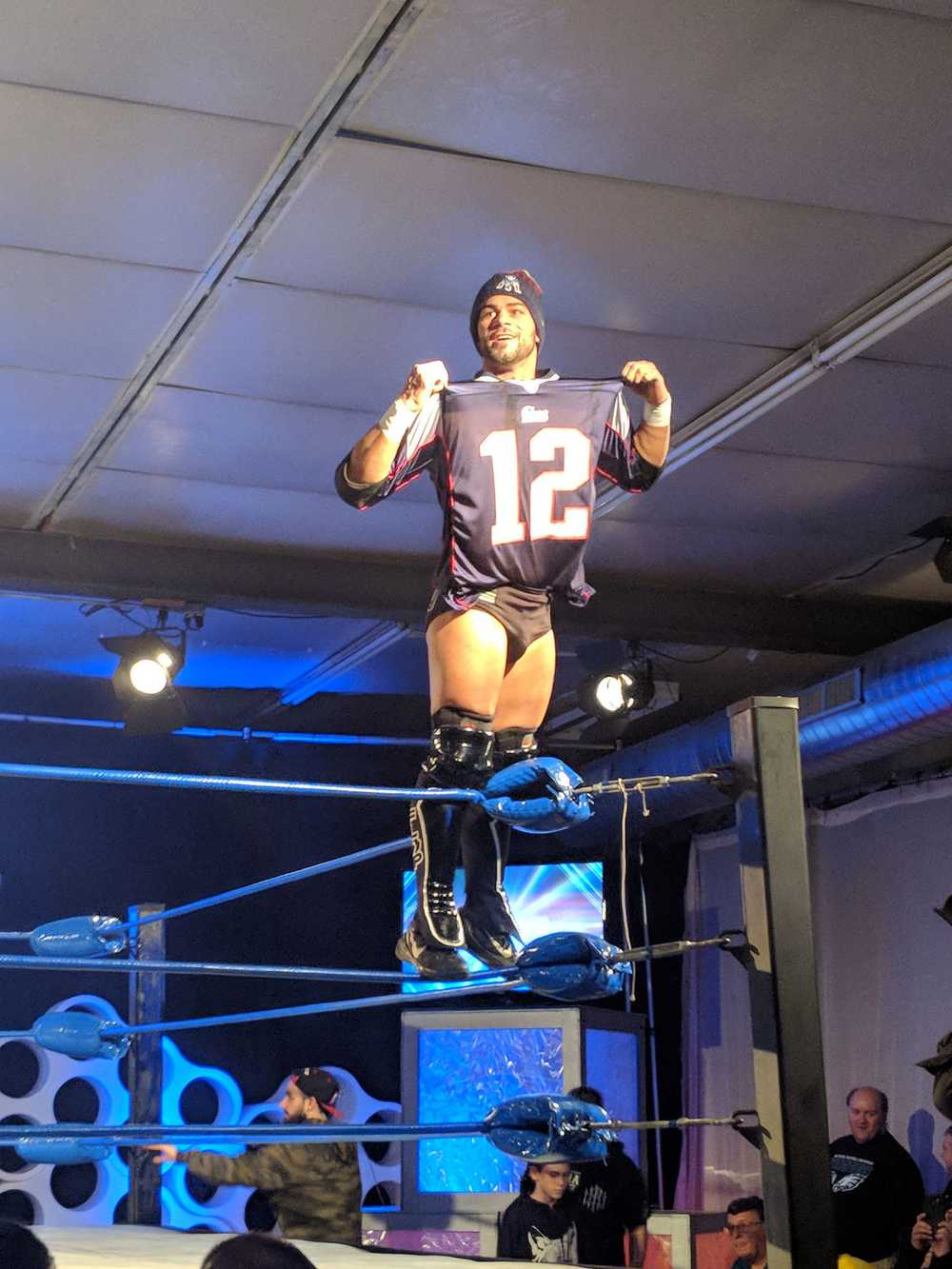 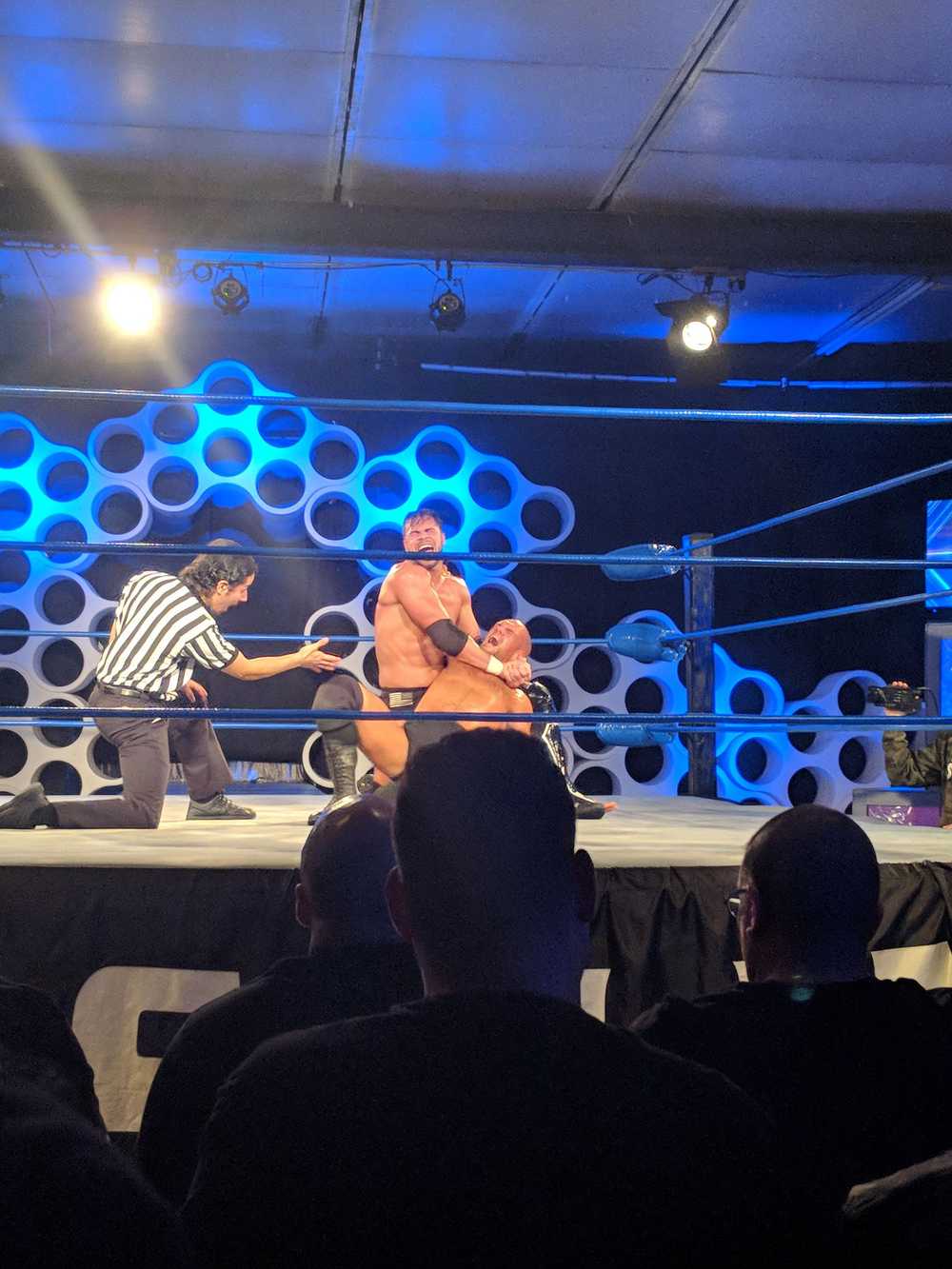 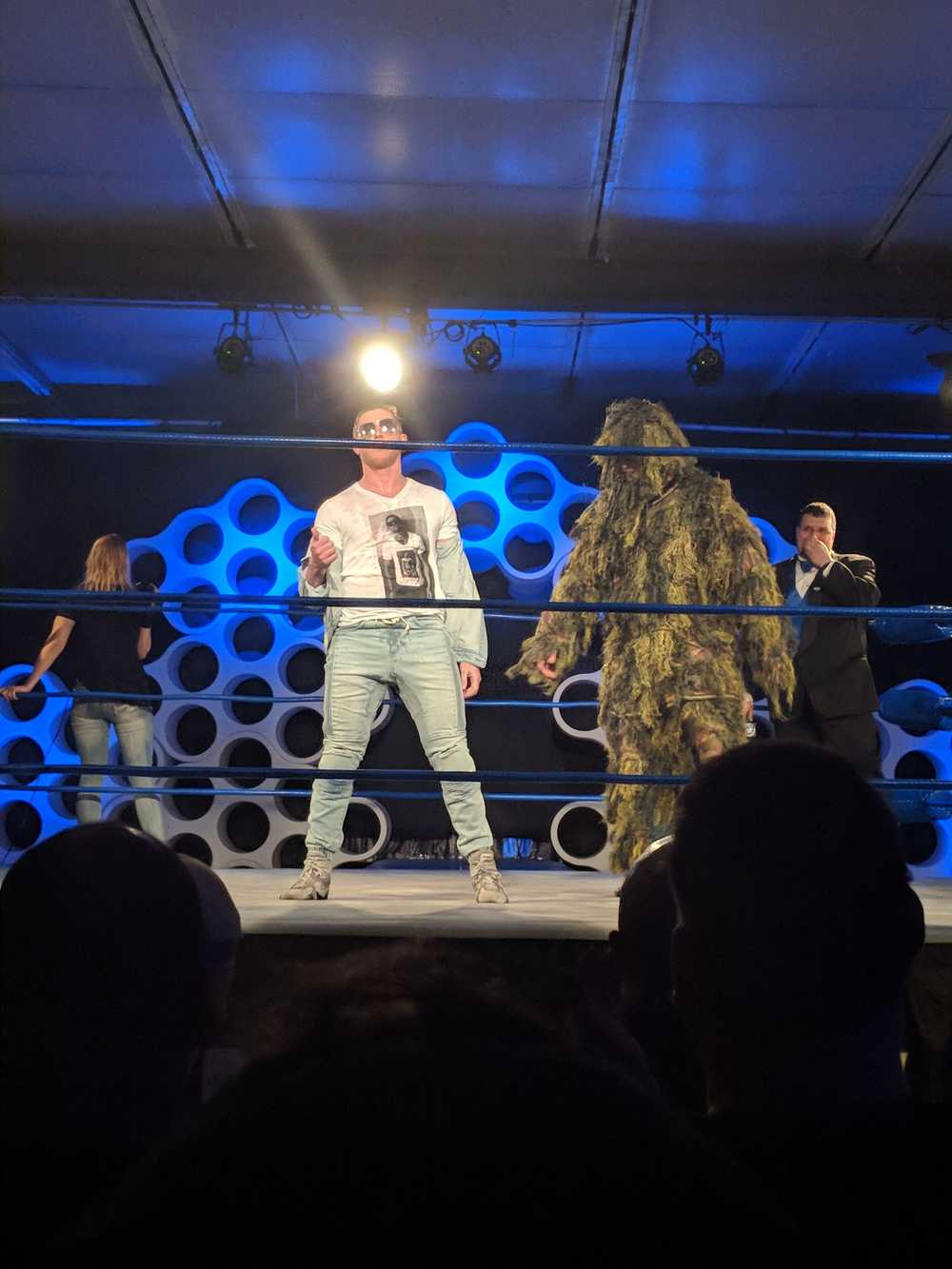 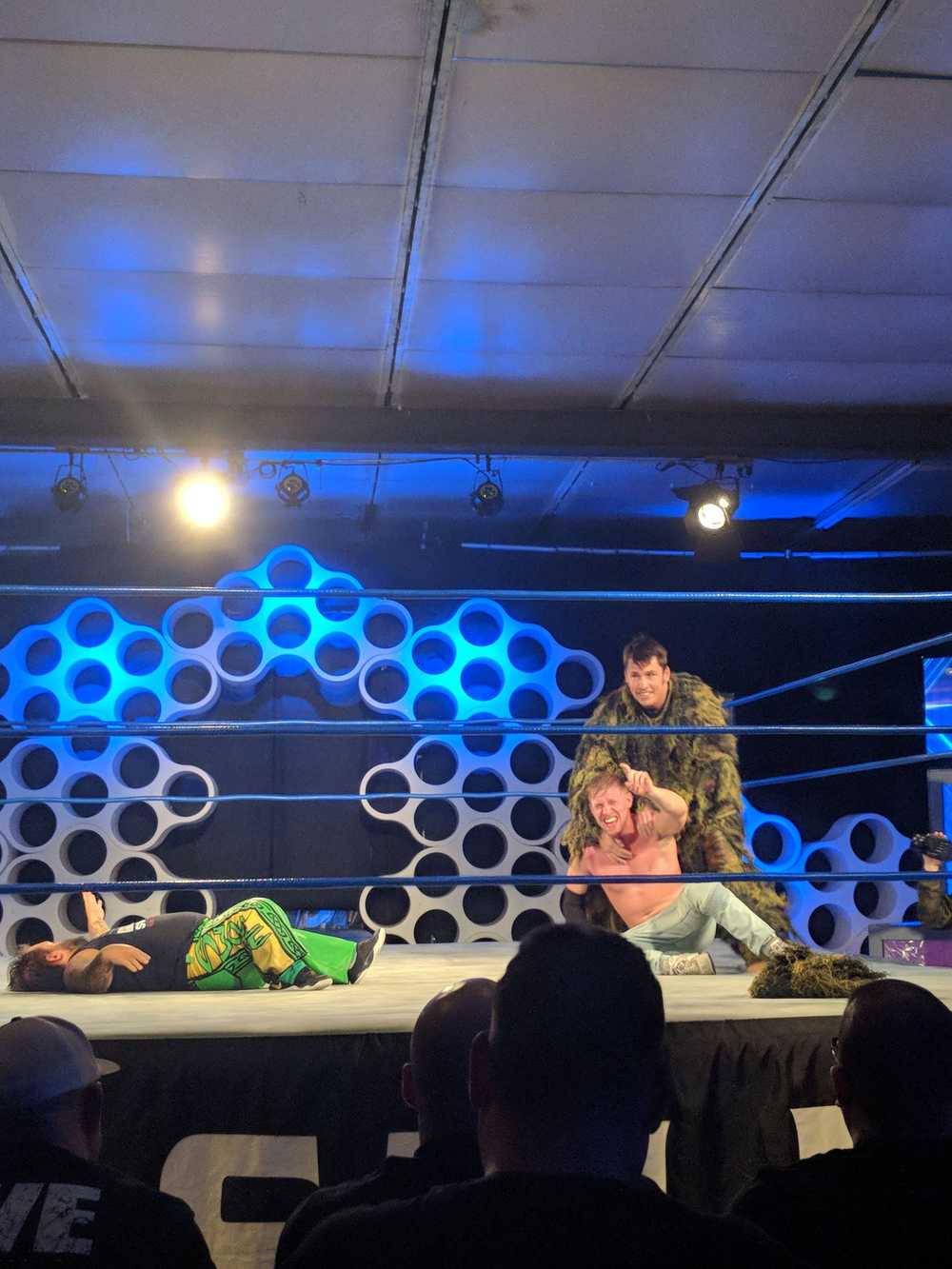 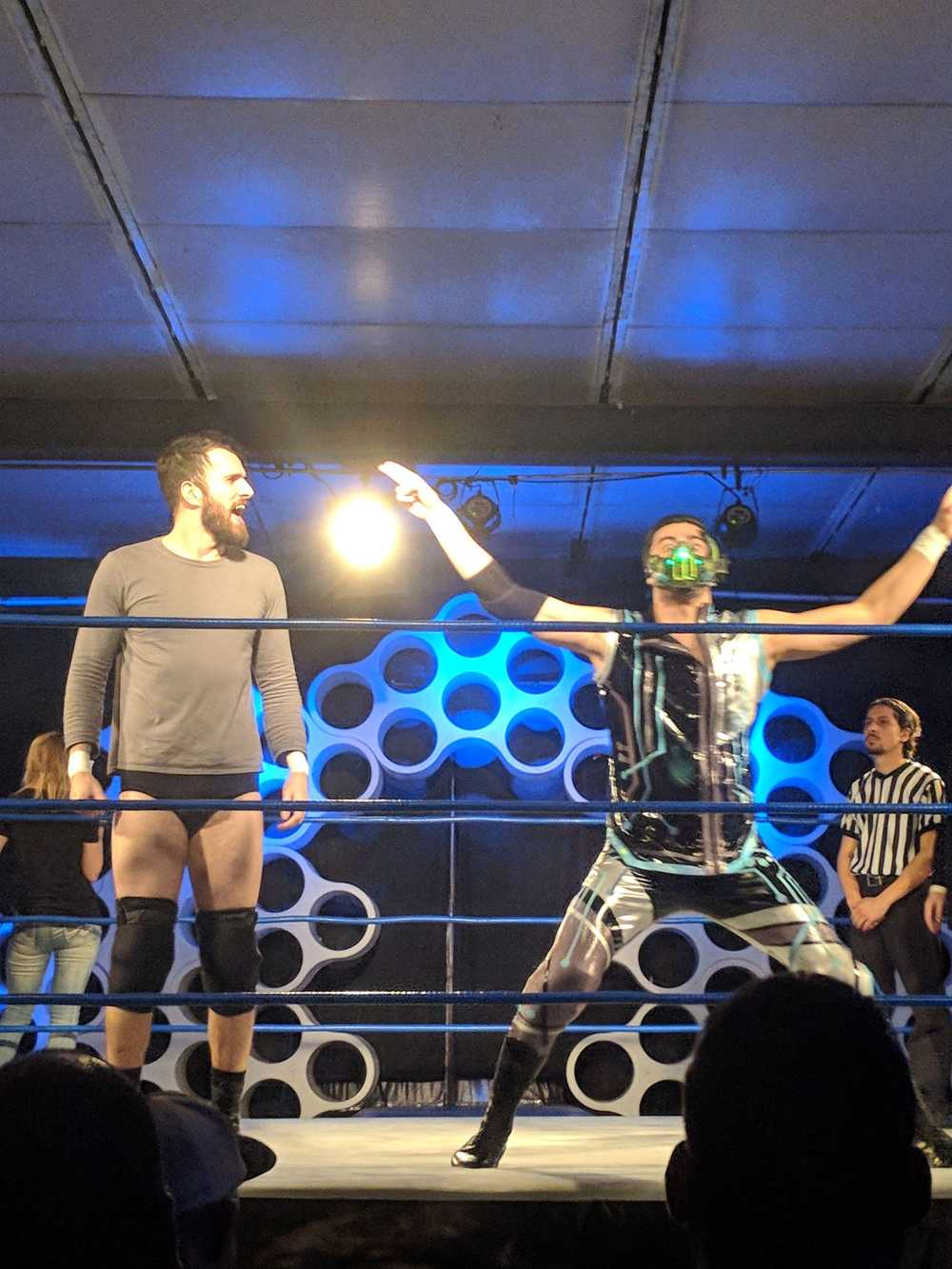 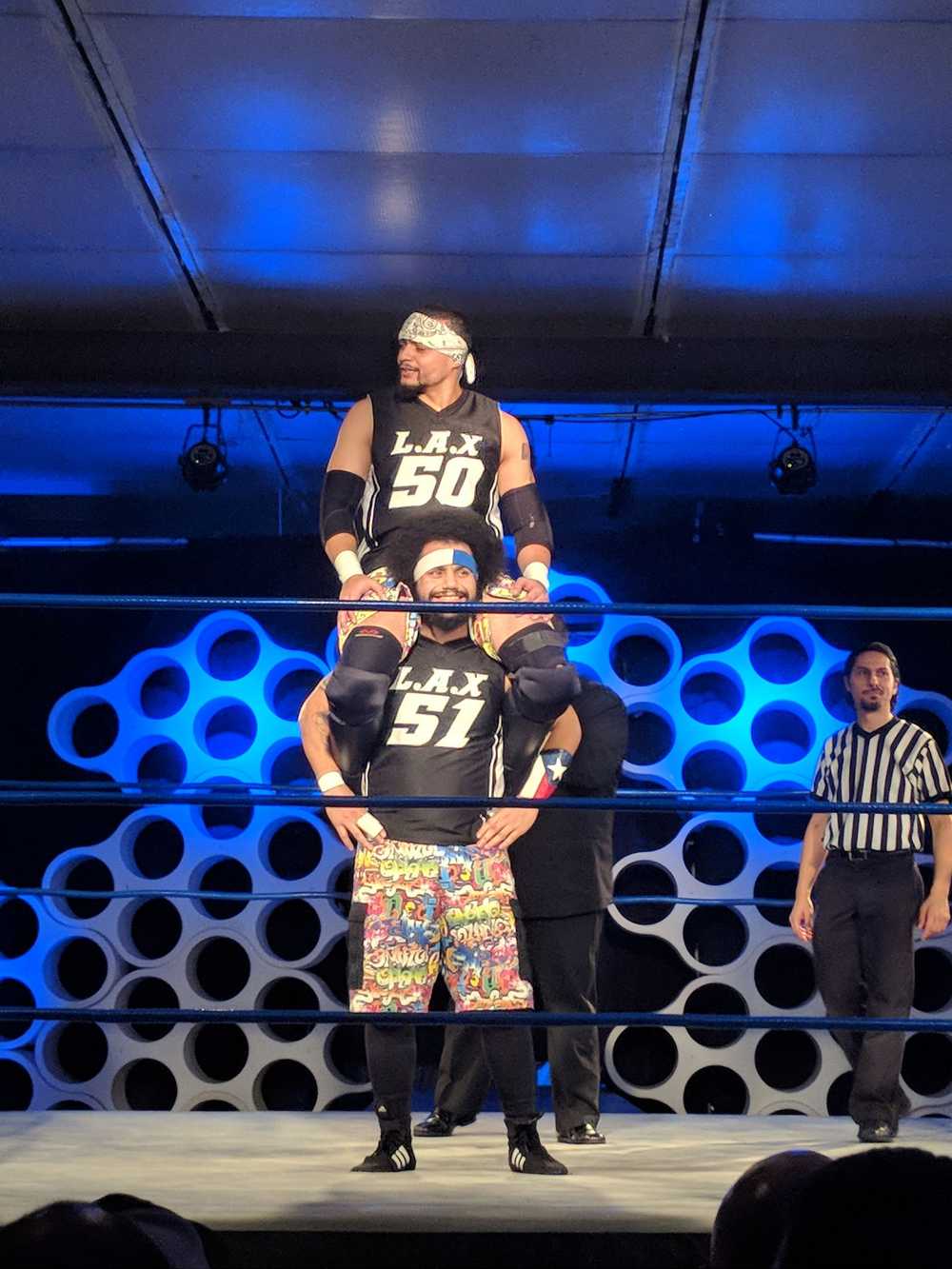 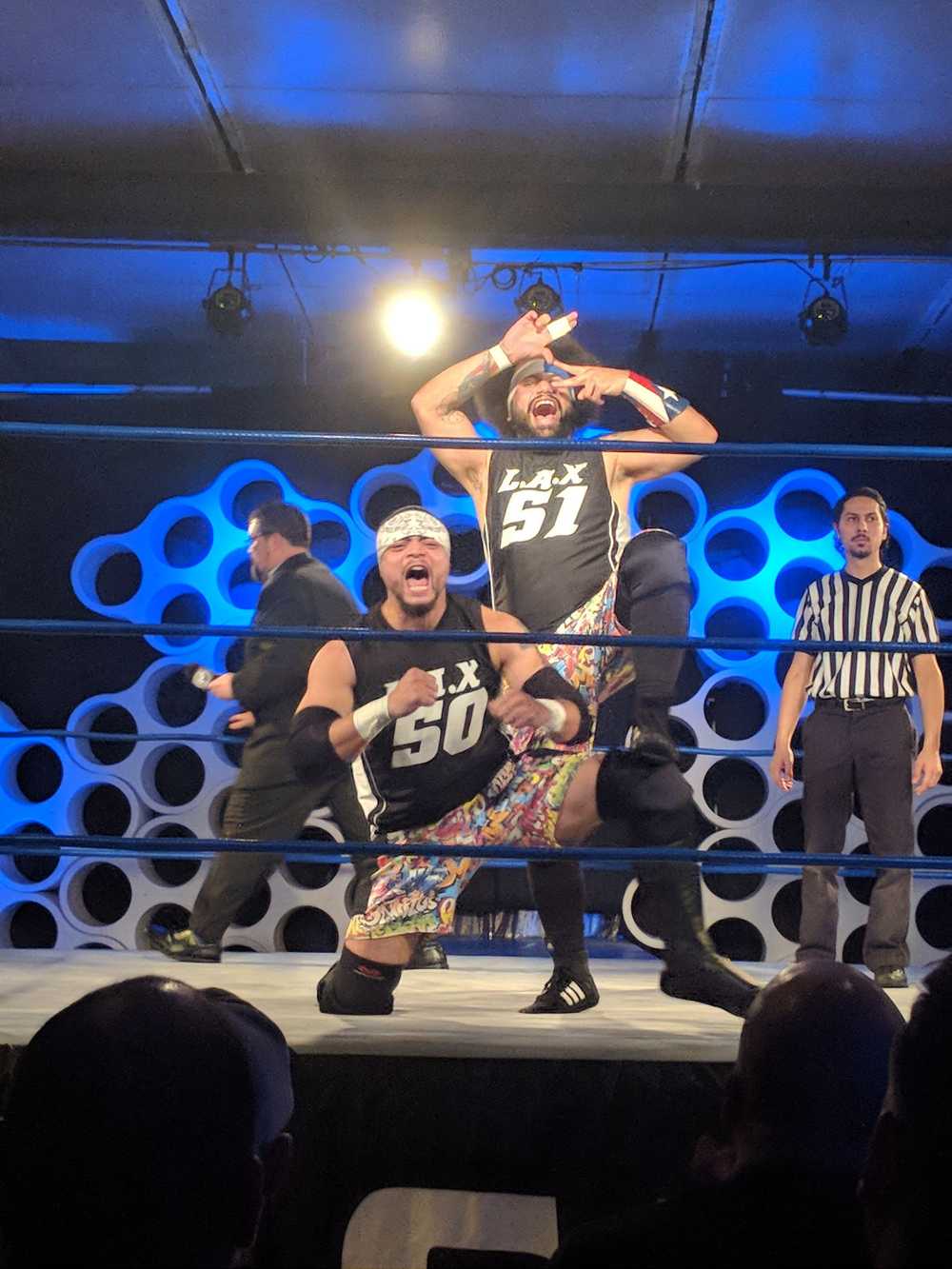 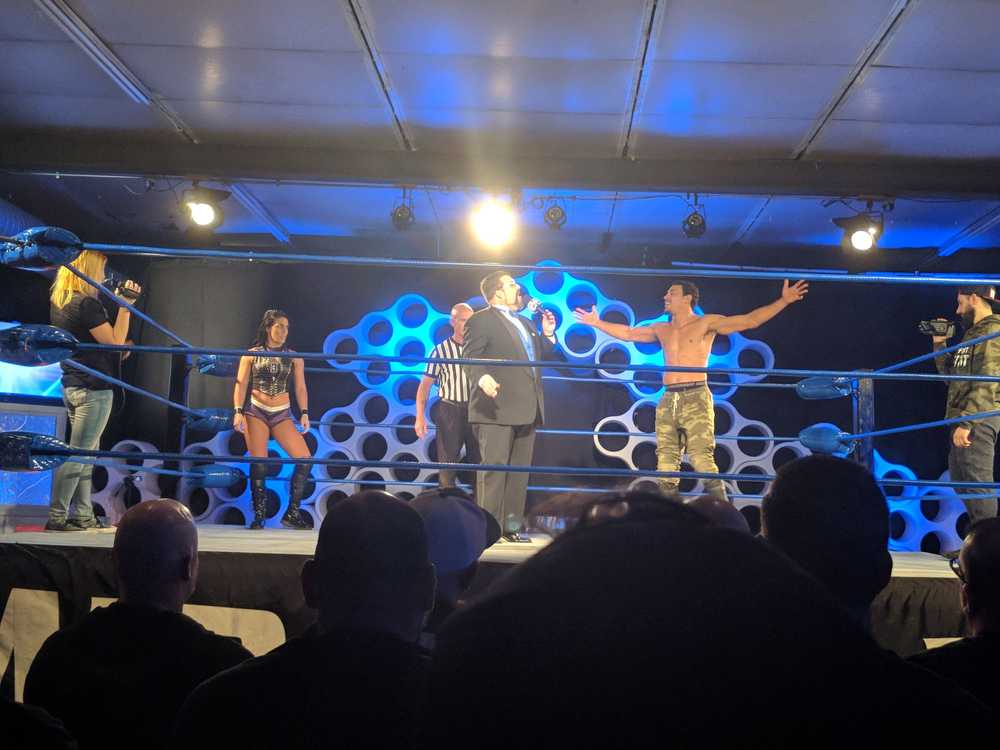 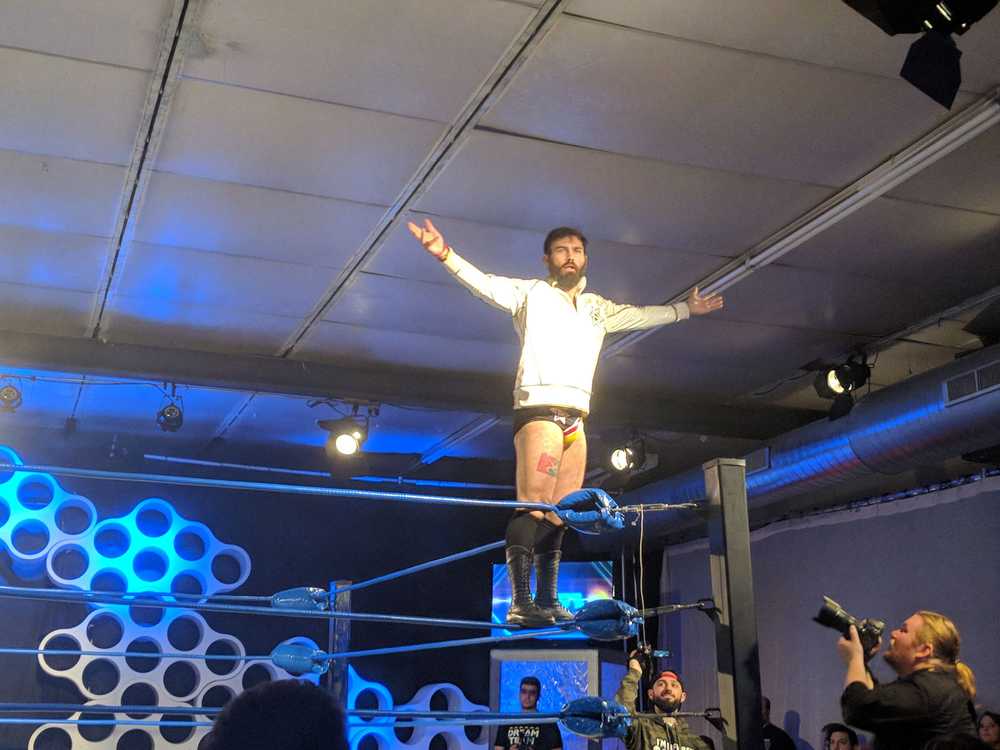 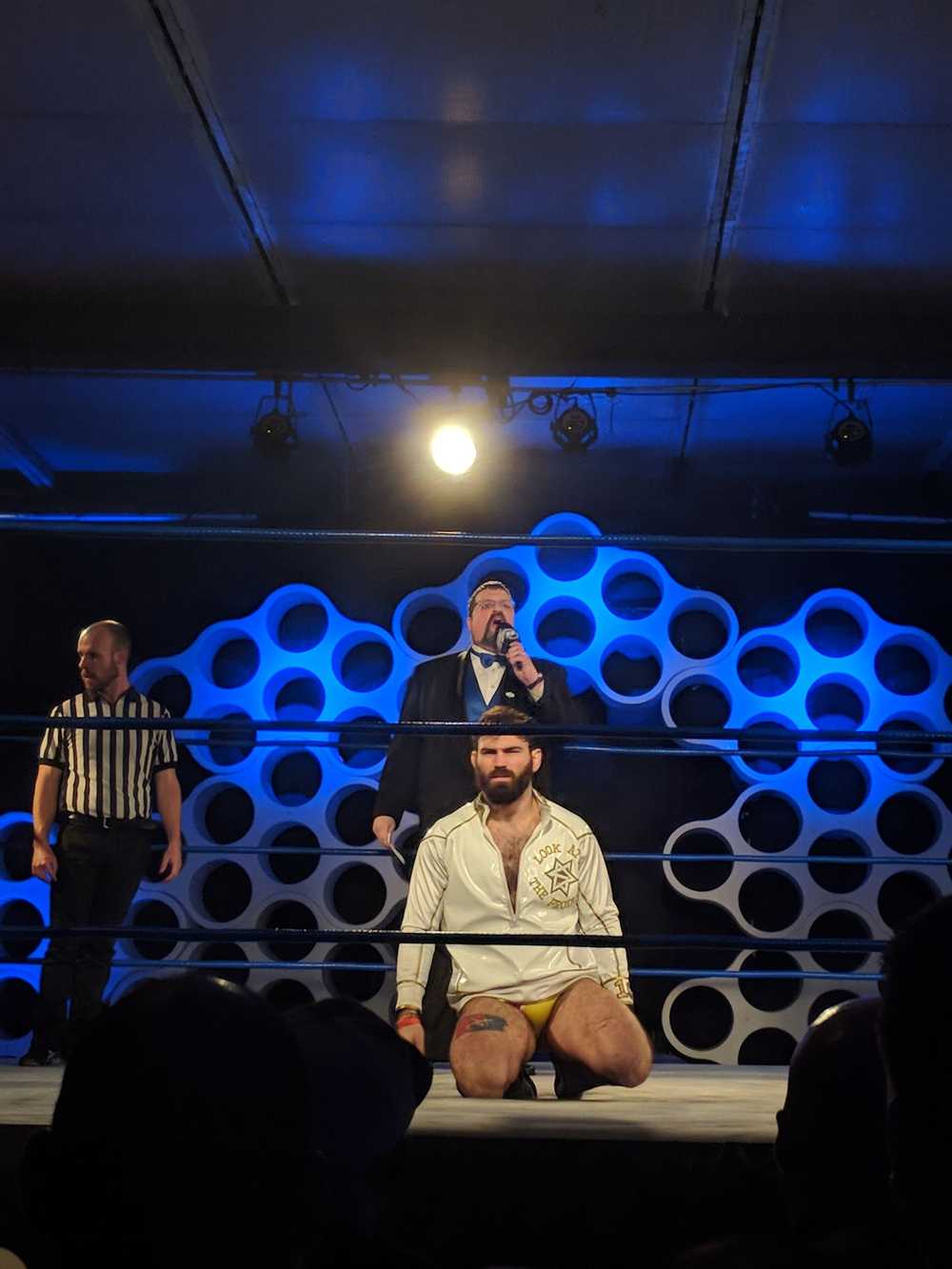 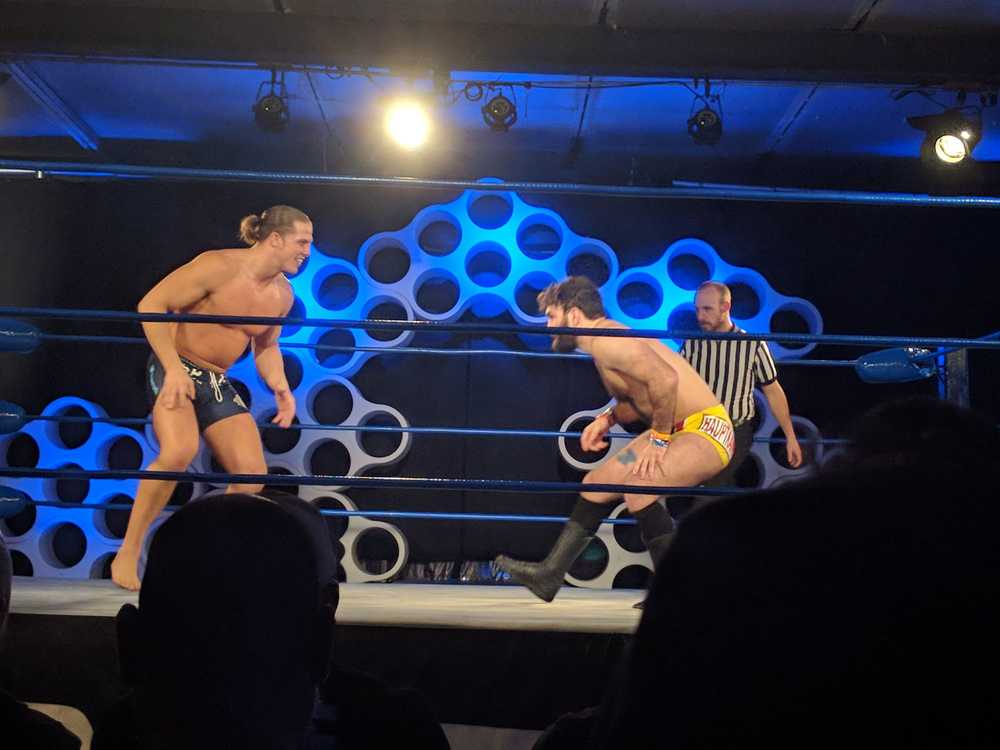