While I'd planned to make a whole weekend of EVOLVE 98, Style Battle, and EVOLVE 99, transit woes prevented me from making it to the latter two, way out at St Finbar's. Thankfully, it was a cheap and short cab to La Boom, and I got more than enough wrestling in one night.

Unlike at EVOLVE 96, there was only one prelim match and no intermission (due to the time constraints of La Boom shows, which I honestly prefer; there is no goddamn reason for an EVOLVE show to be longer than 3 hours). The one prelim match was a fun opener, with more dives in the first ten minutes than I'd ever seen in La Boom before - an interesting omen for the later AR Fox match. Kincaid winning was lame because Kincaid is incredibly lame, but everyone else looked great (and, admittedly, Kincaid's stomp still looks pretty awesome).

Ringkampf vs Catch Point (Tracy Williams & Dom Garrini) was an excellent proper opener, but had some... strange face/heel dynamics. Ringkampf are fantastic evil heels, and you'd think La Boom would be stoked to once again boo Timothy Thatcher, but instead WALTER drew cheers and Tim drew tepid silence. Still, Catch Point had a great showing here; by far the best I'd ever seen Tracy or Dom.

Afterwards, THE END invaded, with INCREDIBLY LOUD MUSIC blasting as they fought against Catch Point. It turned into Chris Dickinson vs Parrow in the kind of garbage brawl you'd expect from both of them. It was fine, but the gross spots fell flat for me, because that's not my jam, at all. Even if it was, it paled in comparison to the last gross Dirty Daddy match I'd seen - Doom Patrol vs EYFBO on a Beyond stream - which was both more interesting and way more sickening. At this point, I'm more worried I'm gonna see Chris die in a ring someday than Darby.

AR Fox vs Matt Riddle was a blast, and AR Fox is just so fucking good y'all. He did basically every dive you can safely do in La Boom - that is, less topes, more vault-over-the-top-rope splashes - and his crew was there to add a bunch of great heel psychology to the match. Riddle, for his part, did a good job playing off them. After the match, Fox challenged Keith Lee for WWN title at EVOLVE 100, which should be a hell of a match.

Austin Theory vs Fred Yehi was pretty dull. I like Theory well enough, but Fred Yehi has never impressed me, and this match did nothing to change that. Priscilla Kelly did a bunch of interference, and she's fantastic, but I continue to be uncomfortable with the "will Theory's opponent dare to hit a woman???" angle of this whole storyline. It doesn't help that Jason Kincaid came out to, once again, tease hitting Priscilla. Bleh.

Keith Lee vs Jaka was similarly kinda bland, though mainly because I don't particularly enjoy Jaka as a singles dude, nor was there much heat to this match's angle ("Jaka's softening Keith up for Chris's match against him tomorrow").

The main event of the evening was Zack Sabre Jr vs Darby Allin, in an absolutely fantastic match. This was the first time I'd ever seen Darby work anything other than a ridiculous dive brawl, and while he may not have done much more than act as a canvas for Zack's submission work, he did a hell of a job selling it. By the end of the match, La Boom was booing Zack for his gross head kicks and armbars, while Darby drew cheers for simply not giving up, as you'd expect from him.

Overall, this was one of the better EVOLVE shows I've seen, and certainly better than 96. Right now, I'm probably more invested in EVOLVE's actual storylines than I've been since I started going to the shows - which is a good thing, considering how static their roster is, and how often they run NYC. I'll try to sneak out to EVOLVE 100, though it happens in the middle of Indiecade East ths year, so no promises. 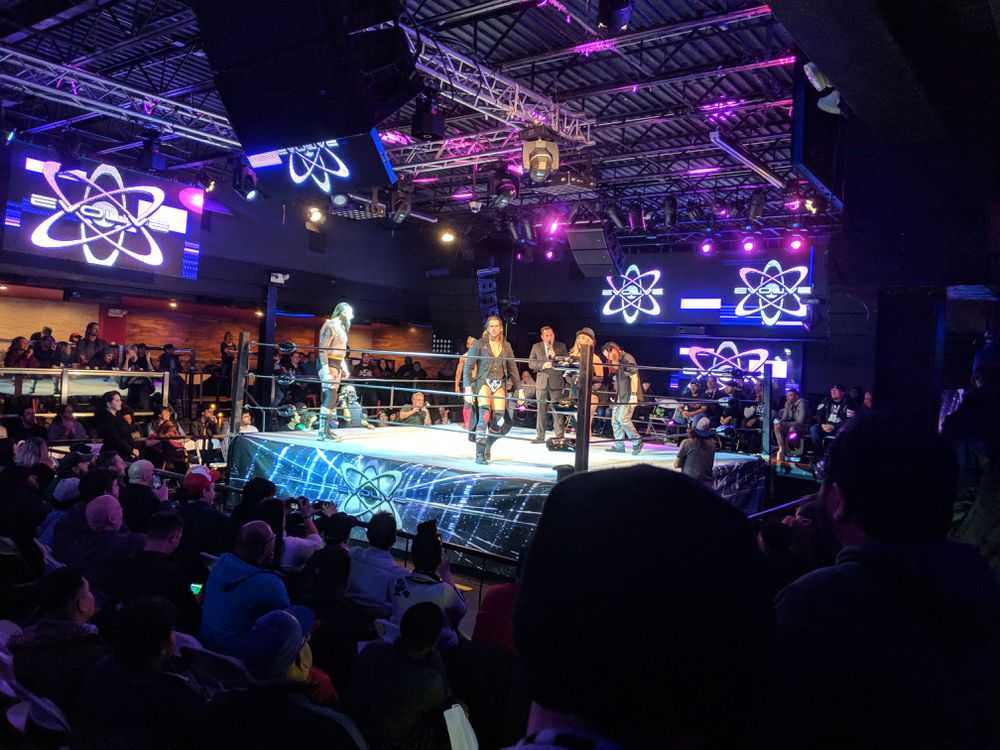 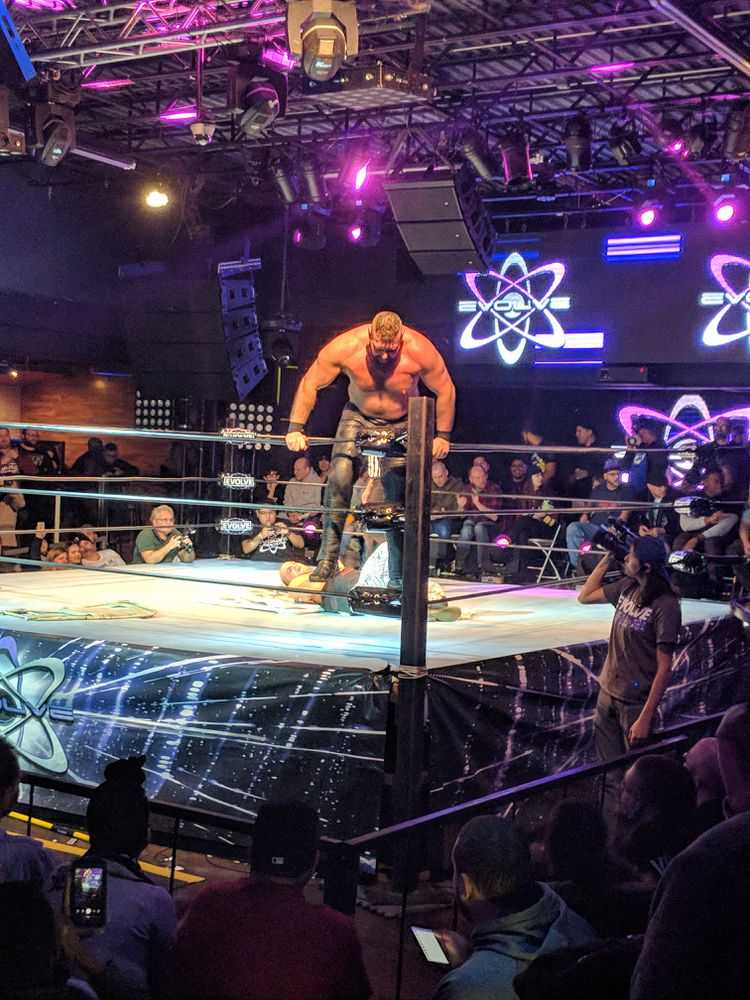 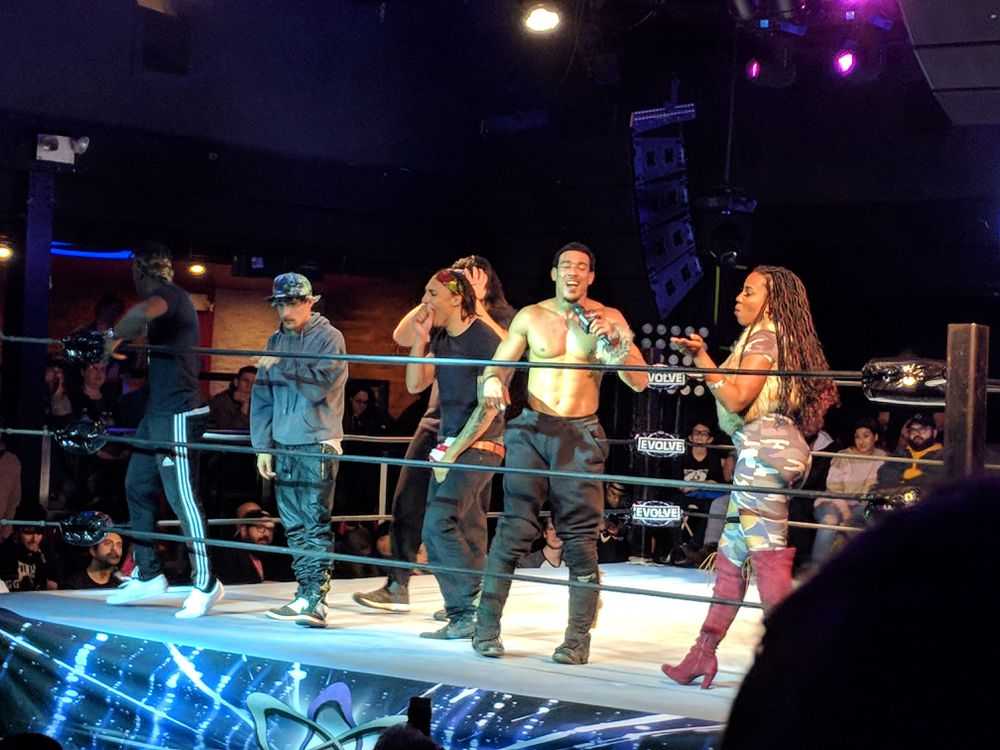 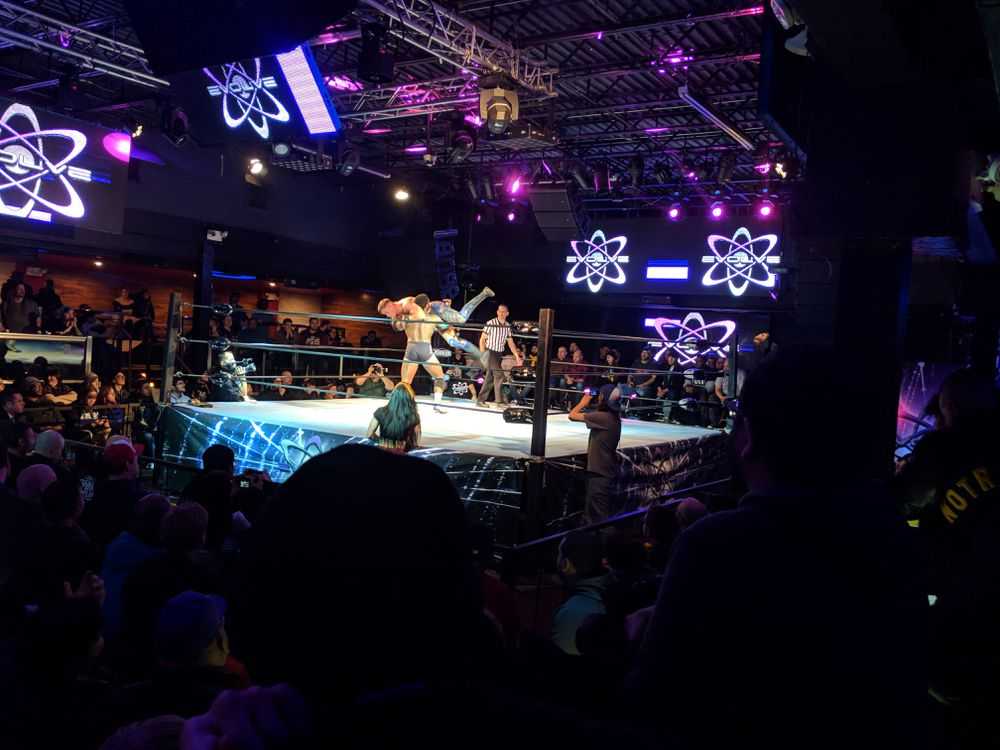 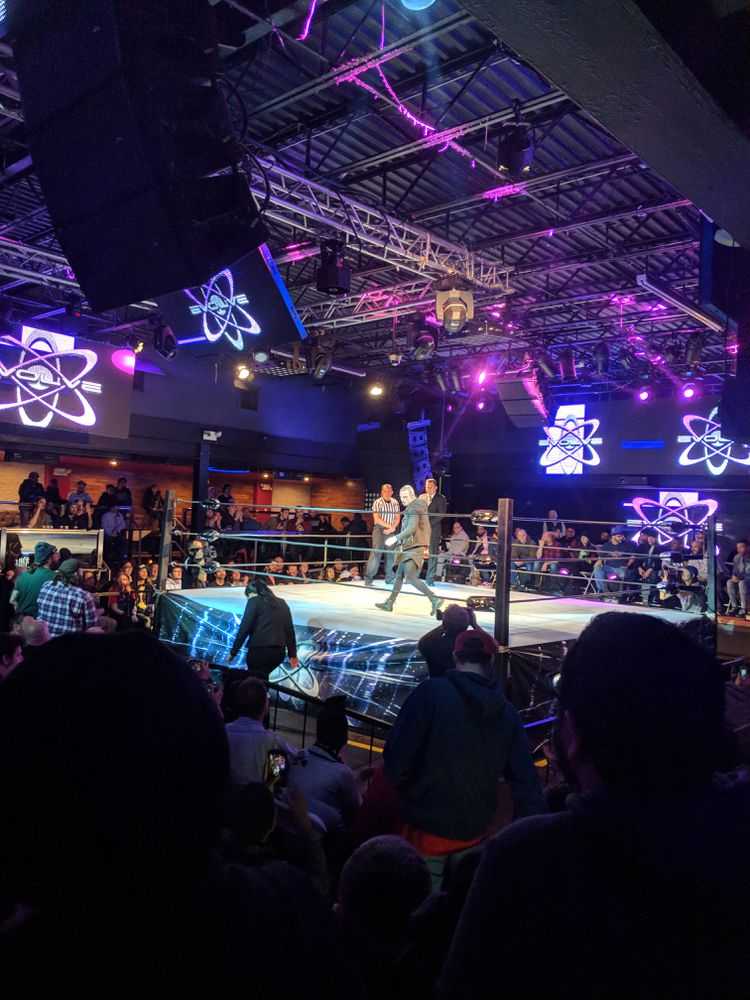 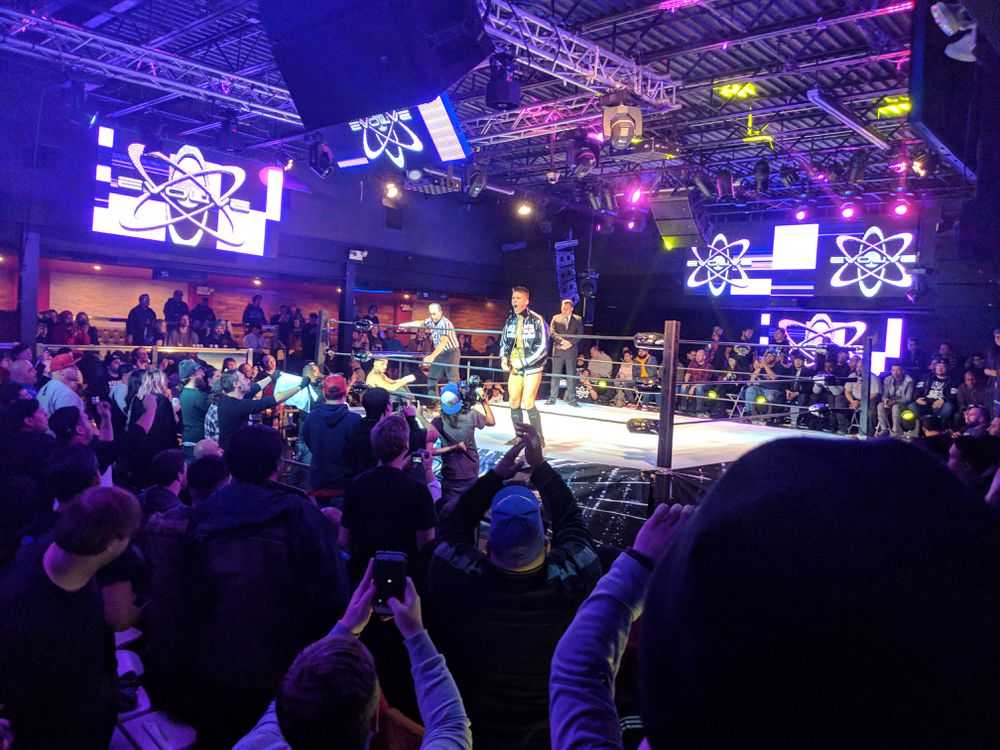 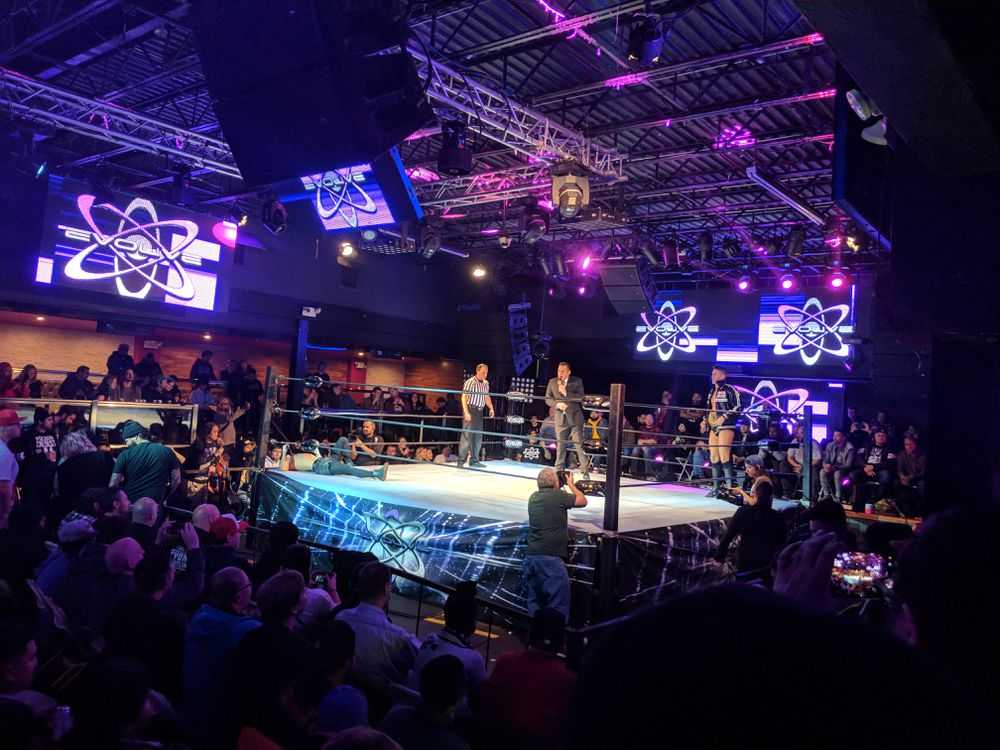