I'd been planning a trip home to Georgia since I bought tickets to a Gorillaz show, so when this show popped up on my radar, it was an extremely fortunate coincidence. I'd seen tweets of MLA shows that made them seem like an awesome time, and the talent pool for this show was entirely composed of wrestlers I hadn't seen in person before. I brought my friend Travis, who has pretty casual wrestling knowledge, but we both had an awesome time.

The show was at a massive nightclub/events space, that felt like a cross between La Boom, a warehouse, and the most ridiculous rave light show ever. Seriously; the lighting setup at this show was more ridiculous than anything I'd ever seen, just by virtue of powerful fog machines and like a million strobe and laser lights. It easily beat out anything I'd ever seen from Evolve or ROH. The atmosphere at the show was pretty hot, too, with folks in cheap seats having brought the traditional obnoxious lucha airhorns. The crowd was probably 70%+ latinx, and the show was entirely in Spanish outside of a couple of heel promos.

Before the show started, like a full half hour was dedicated to a clown and a singer, which went a bit long but was at least an interesting way to start a show. The clown would return at intermission and before the main event in other segments that also went too long, but, hell, I wouldn't want anything else from a lucha show.

The first match I was excited about was Priscilla Kelly vs Kamilia Kane and Kiera Hogan. While I didn't know While I didn't know Kane or Hogan, I had seen Kelly work as a valet like five times in Evolve at this point (first for Darby Allin, then for Austin Theory). Turns out, she's a way better wrestler than I had expected, especially considering she's only 20. It's a bummer that Evolve never runs proper women's matches, because she'd be awesome to see on those cards. She's a good enough valet, but it just seems like a huge waste of her talent.

Septimo Dragon vs Heros was a solid lucha match that got my friend to pop at the first big high spots of the night. Joey Lynch v Henry & Cobb was good, if not particularly memorable outside of Cobb's usual ridiculous strength spots.

Rey Horus v AR Fox was easily my match of the night. AR Fox is a ridiculous human being, and getting to see him unleashed for the first time was a treat. He wrestled as an over-the-top heel in MLA, which I was not expecting, probably drawing the most heat of the night. He also cut a promo standing on some empty chairs in the front row ahead of us.

The tag team match was a mess, in both good and bad ways. It involved a lot of ugly brawling outside of the ring (most of which we couldn't see), and ended in one of the faces turning on the other, then a waaaaay too long beatdown that killed the crowd, even though MLA's (storyline?) commissioner came out, got beat up, and bladed hard to sell the angle. This was then followed up by another lucha clown bit that also went too long.

Thankfully, the main event got the crowd back on their feet immediately. Having just started casually following CMLL a few months before, I was, of course, excited to see both Rush and Caristico. Mecha Wolf is, uh, a problematic wrestler at best, but at least a good enough worker that it was fun to see him get beat up by Rush and Caristico. Not only that, but with Mecha Wolf going in as champion, it was amazing to see Rush get the pin and win the MLA title!

After the show, I got a mark photo with Rush and a Los Ingobernables T-shirt (to go with my LIJ cap, which he loved). All in all, pretty much as good of a show as I could have hoped for. 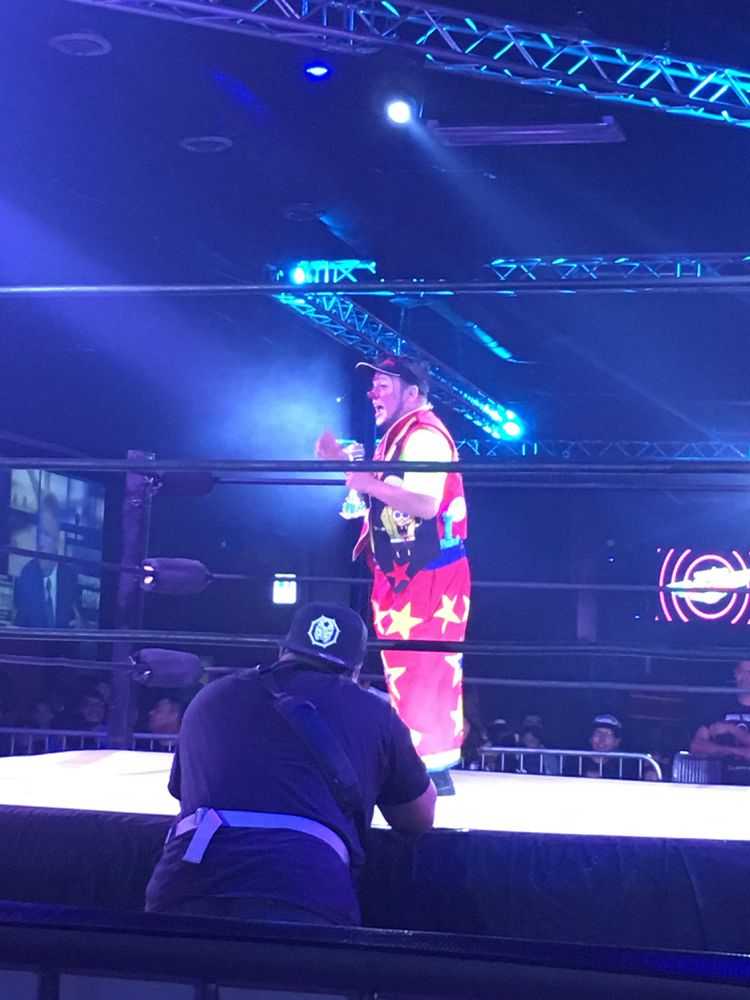 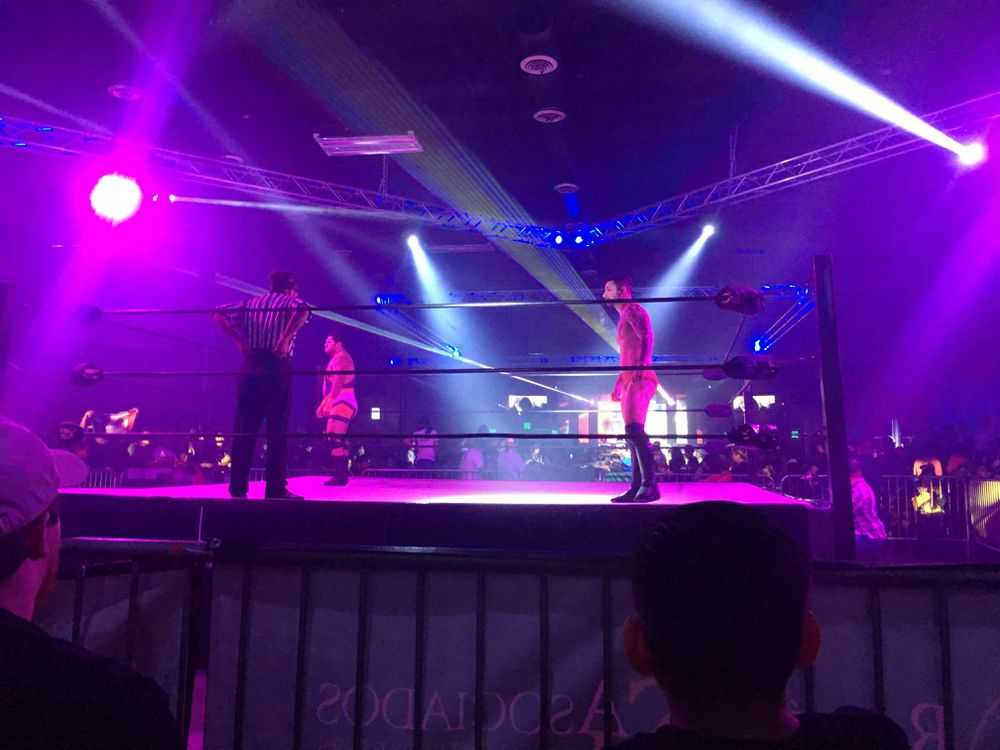 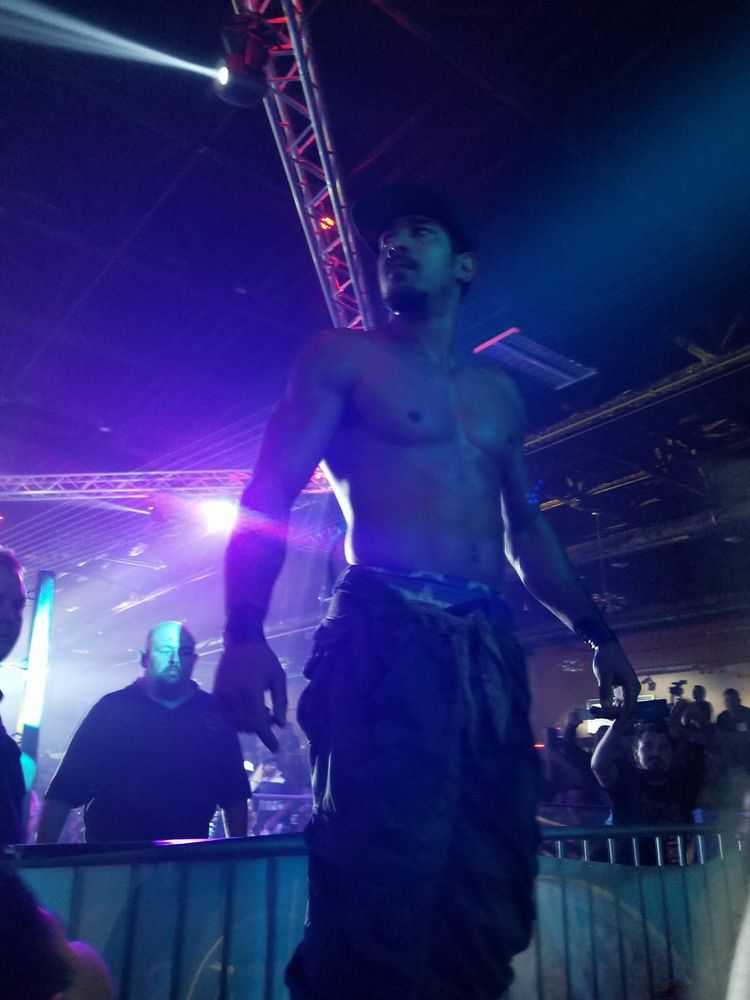 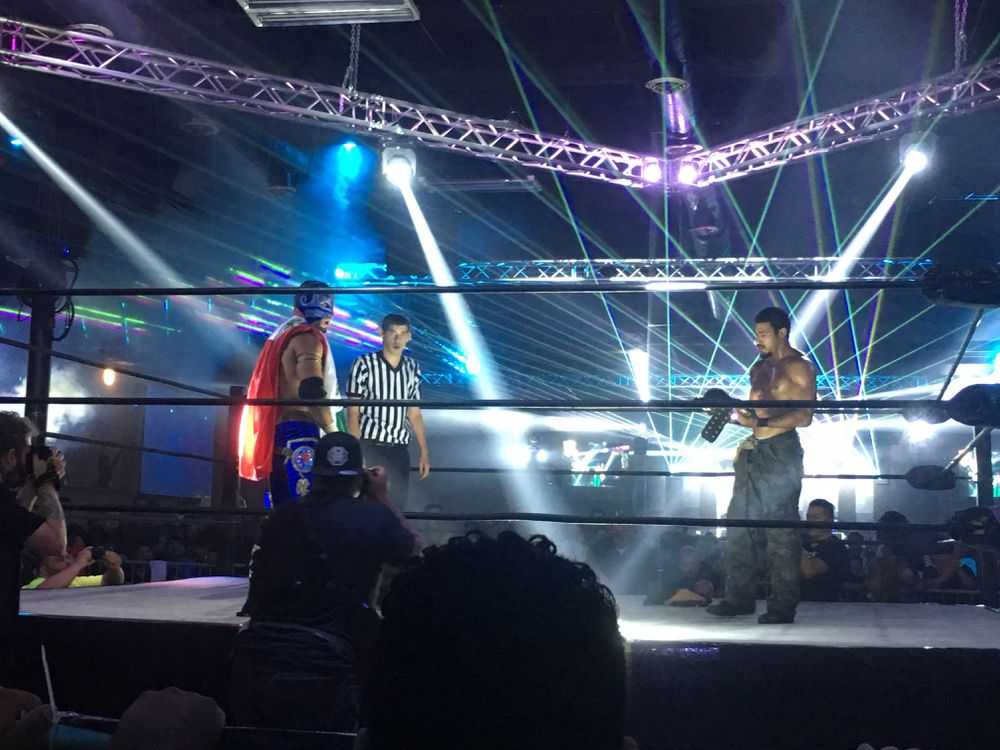 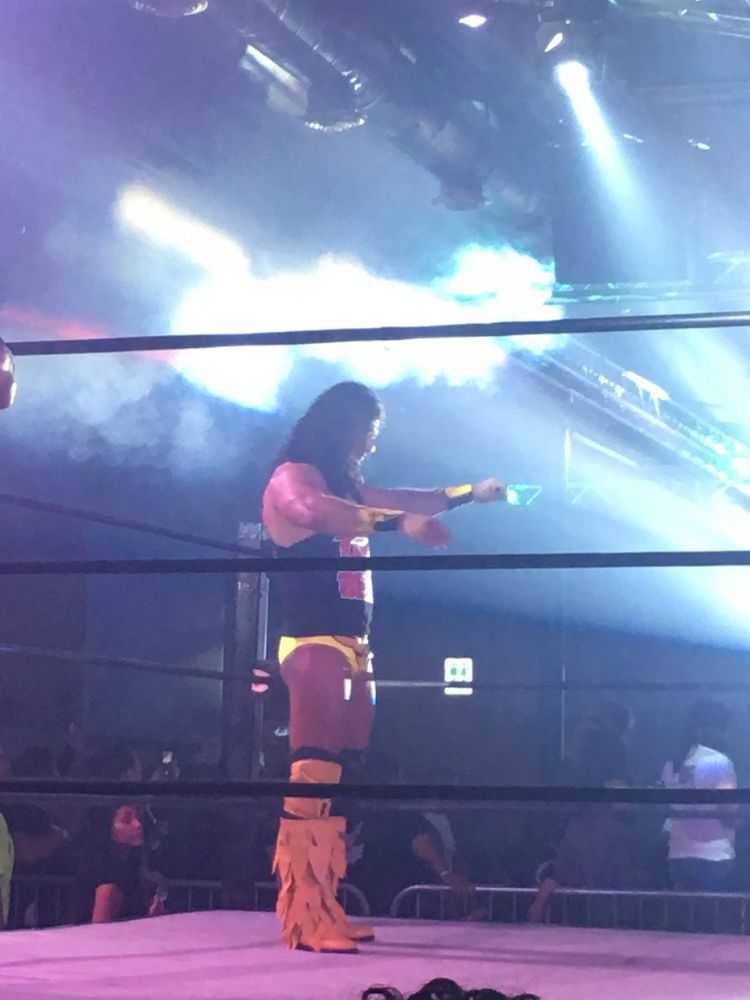 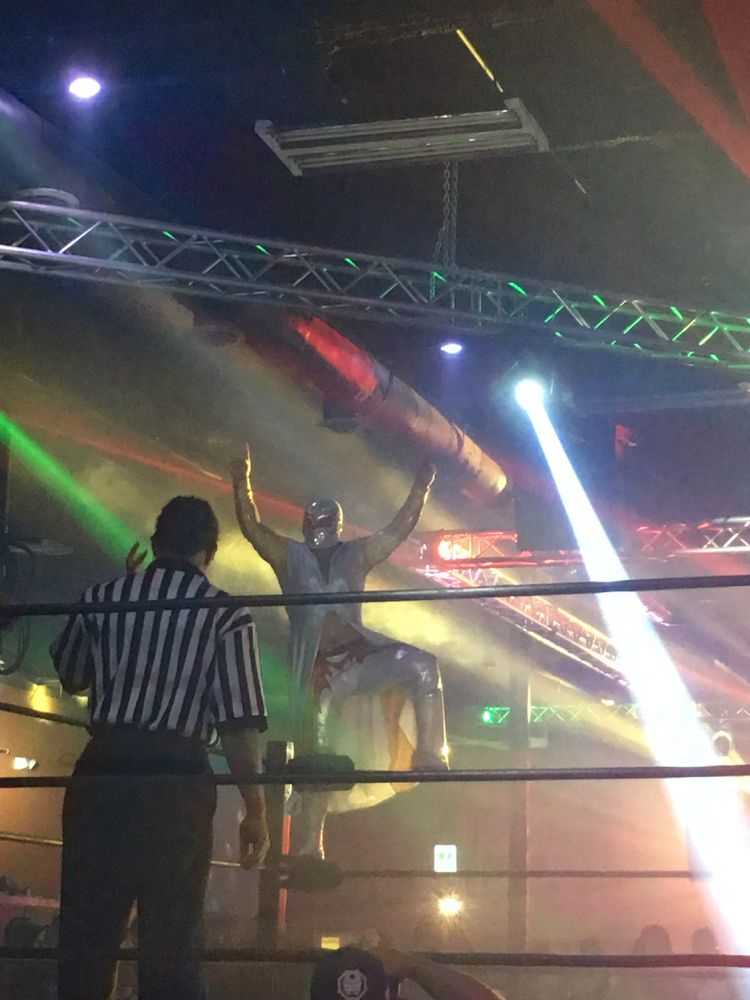